Quito is the capital of Ecuador and we arrived here yesterday checking in at a rather nice hotel, the Casa Gangotena. We enjoyed a “welcome dinner” last night as we were joined by 8 new members of the group. It will be interesting to see how the newbies merge with the existing group.

this morning we were taken on a walking tour of the old town. Rather a lovely old town with some really beautiful buildings and some graceful squares. 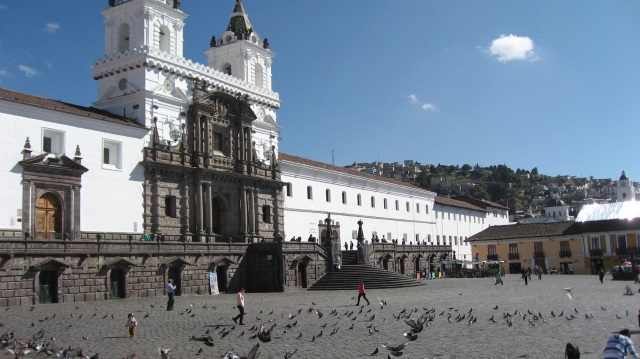 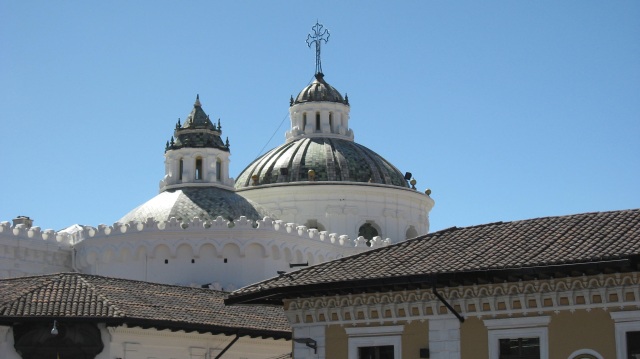 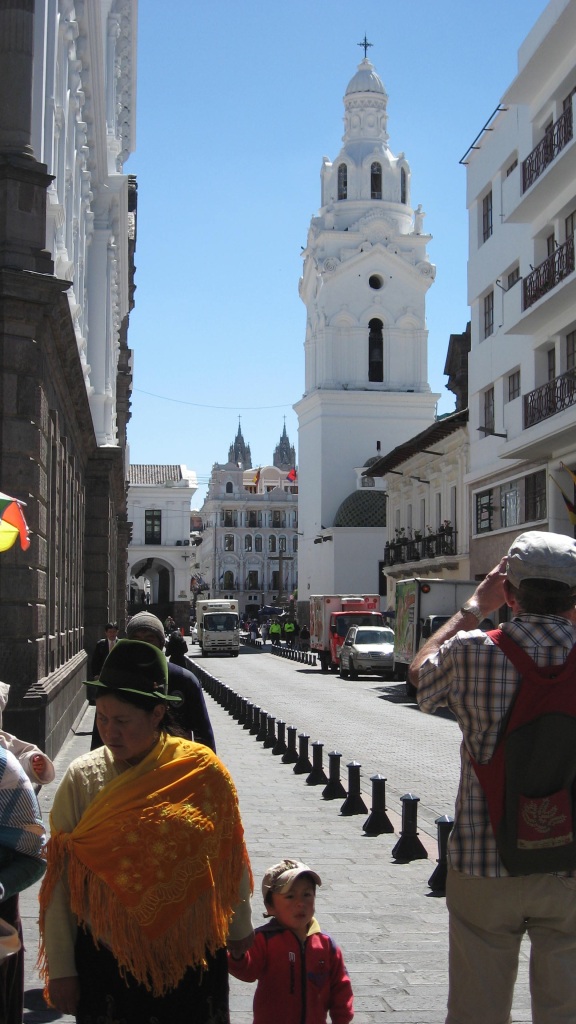 This being South America, the tour was a bit heavy with churches, but as I know you would not be interested in seeing them, I didn’t take any photos. However I should say the the rococo decoration in all of them was quite magnificent. A lot of gold and gilding everywhere and the Soanish influence was very obvious in them all.

For lunch we were taken to a restaurant situated on one of the highest points in the area. Truly the top of the world! 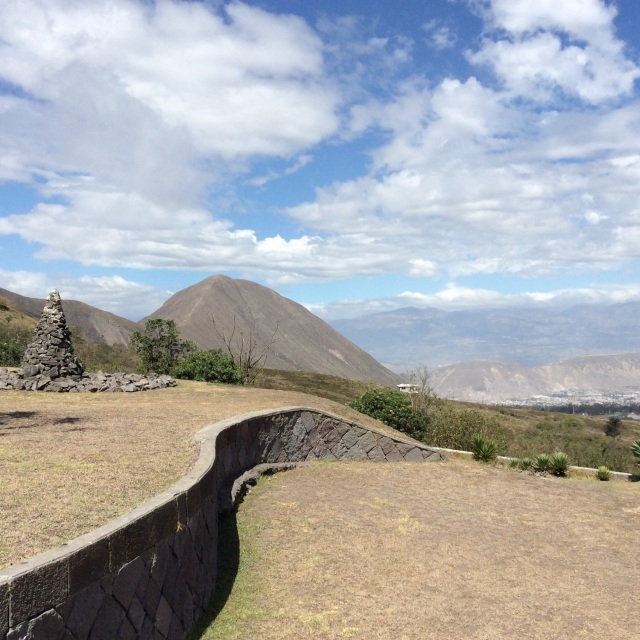 After lunch we visited a small museum situated directly on the Equator. There were a number of hands on exhibits demonstrating the effect of the Equator. 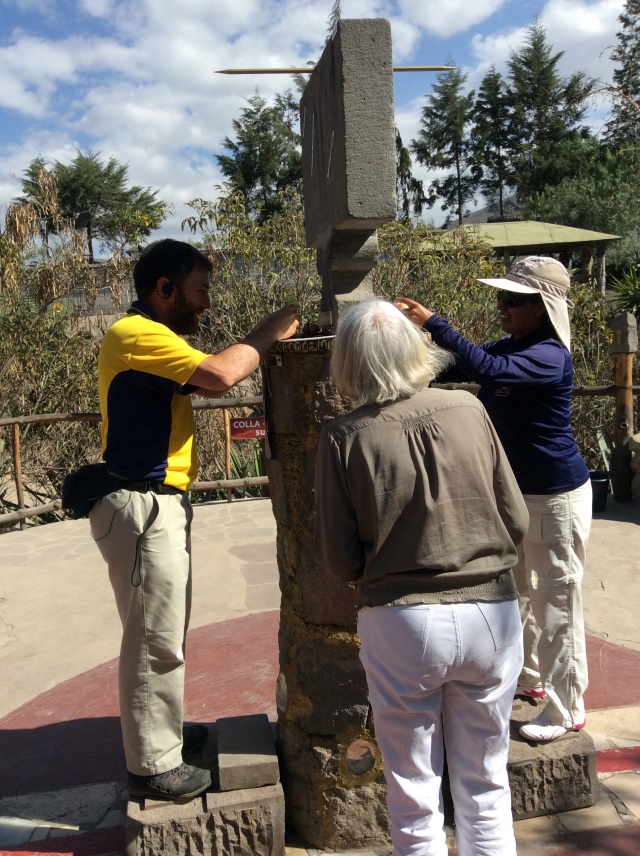 It is true that the water goes straight down the plughole at the Equator whilst in goes down in a clockwise or anticlockwise vortex even 2 or 3 feet to either side. It was possible to balance an egg on its end on the Equator line, but was not possible to walk on a balanced straight line on the line. There were a number of fun things like that to prove the things we learned years ago in school! 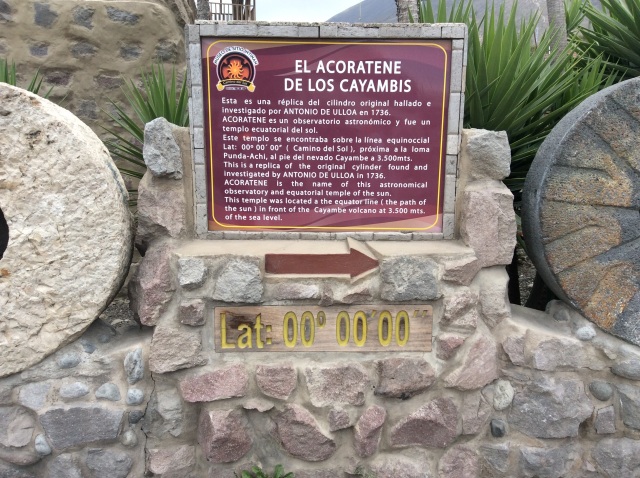 This entry was posted in The Galapagos & The Andes. Bookmark the permalink.